As the daring deeds of the Orthesian Herald unfold, our heroic band of explorers find themselves in the Golden Valleys of Cilice, a foreboding place filled with forgotten sins and terrible secrets.

One such secret belongs to an estate overrun with escaped creatures, a perfect opportunity to visit a classic Rogue Trader adversary, the Ambull.

There was no way I was going to shell out for a pair of classic metal Ambulls from the 80s, and even if I did, the scale creep of models over the past 30 years would have left them looking very meek relative to the terrifying stat block they have. An alternative was needed.

Cue a quick dabble into the DnD universe for some splendid (and cheap!) pre-built Umber Hulk minis from Noble Knight games. They aren’t perfect, but they’re big, mean and look damn close enough. Plus they were hella cheap, and picked both up from ebay for less than a tenner – a selling point indeed!

They arrived quickly, and I was immediately impressed.

I had never got my hands on pre-primed models before, having been skeptical about the quality of such a thing. Given that these were to be my Villains Of The Week, I wasn’t fussed about quality.

I had done some reading about the quality of such minis, some people recommending you remove the primer and add your own, others recommend painting straight over the primer, others suggested priming over the top. The last seemed the least hassle for me, and as I was planning on experimenting with paint techniques on these guys anyway, it made most sense.

Upon having a hands-on with the minis, I also discovered some pretty heinous mould lines running across large sections of armour. They would have to be scraped off – a pretty straightforward job considering it was quite soft plastic, but it meant they definitely would need re-priming.

They were hunched over quite a bit, and I wasn’t keen on the pre-moulded base they came supplied with. A bit of snipwork with my pinchy-grabbers and they were free. Time to build some custom bases!

Using some big bases, presumably lifted from an old Sentinel kit, I wanted them to look like they were lurking in the sumps of an underhive somewhere. At the time of construction, Ambulls were only rumoured to be returning to Necromunda, so I had built this in anticipation of using them in other systems. Of course, now we know about the Am-Bot, which will be an exciting encounter in its own right later on…

The soft plastic took to pinning rather nicely, and I tried to lean them back on their bases a bit to give them more height. They’re described as hunched and gorilla-like in stature, but the amount of stoop the original models had meant their mandibles were basically scraping along the floor. Leaning them back has given them almost an inch worth of height.

Rivets were attempted by snipping up lengths of goblin spear. They came out weird and misshapen, so for the purposes of ‘Finished Not Perfect’ it’ll do, but I’ll have to readdress my tactic for doing rivets in the future.

With both Ambulls pinned, mould lines cleared and bases prepped, they just needed to be undercoated ready for a a different painting technique I was excited to try out.

These guys were painted in record time and I had a blast doing it. They were undercoated in grey, a daring new technique (for me at least) I premiered with my Escher gang, and then attacked them with washes.

The brief I gave myself was; can you paint a big beasty using only washes and drybrushing? The answer was: ABSOLUTELY

A quick drybrush of Rotting Flesh across basically everything, with some more Reikland Fleshshade dabbed onto the armour in corners and creases, and the whole weird, disgusting look was complete. Applying the washes took about 15 minutes tops, with the only timesink being drying times.

I picked out the eyes with a nice evil-looking red. Evil beasties always have red eyes, right? I broke my one rule (only a little bit though) and did an edge highlight on the claws and mandibles in Elf Flesh, if only to draw attention to the sharp pointiness of them.

The base was done with a liberal application of Tamiya Clear Green, my favourite underhive gunk paint, and splashed a bit up the legs for authenticity. I could spend ages edge highlighting all the armour plates or adding additional shades to the flesh, but it was now Finished, Not Perfect and I was dead happy with them.

You’ll get to see them in action during this week’s Orthesian Herald, but I couldn’t resist doing a little photoshoot with them anyway. Enjoy! 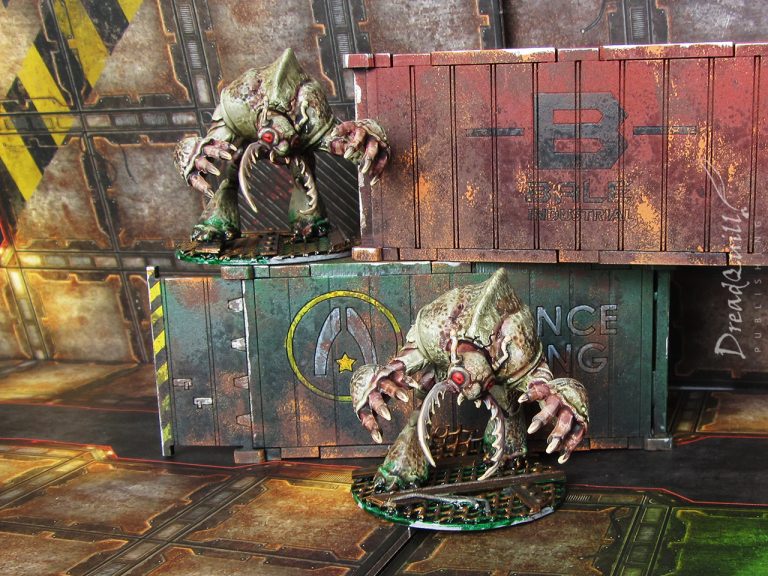 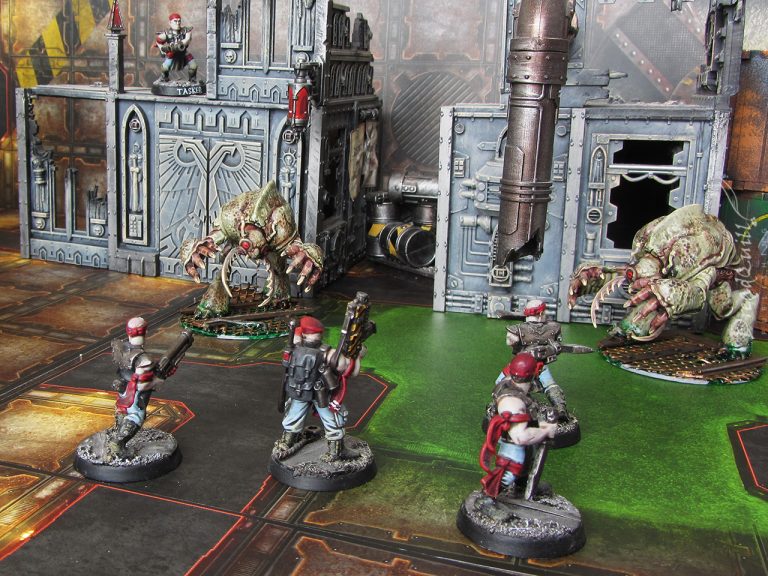 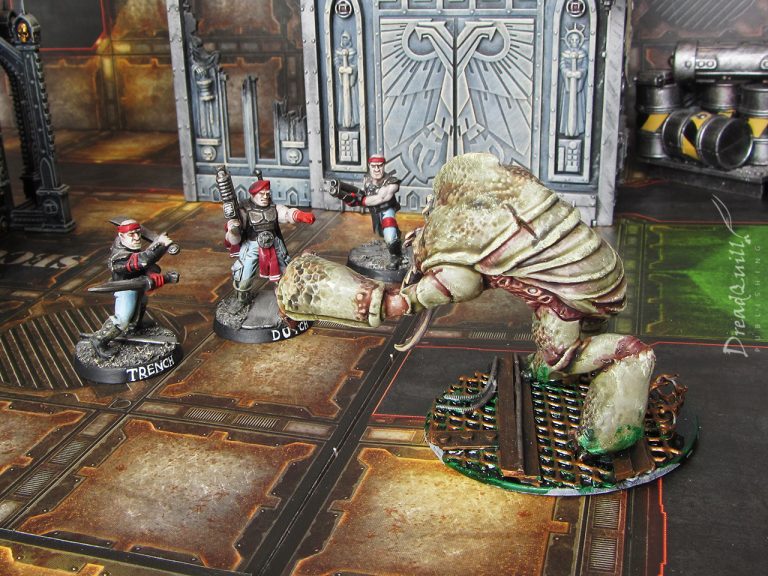 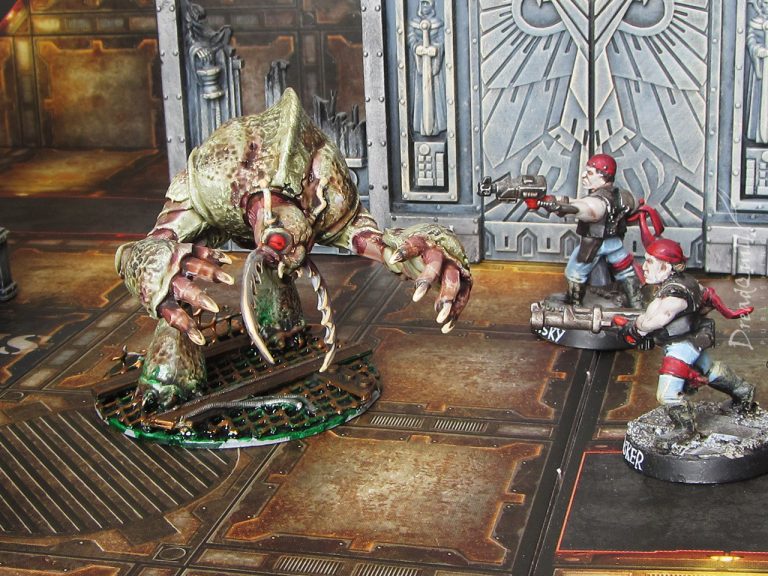 4 Replies to “MOTB: Ambull of the Golden Valleys”