With our Orthesian Dynasty Rogue Trader game well underway, the time had finally come to stop putting off making any cool models.

We had reached a juncture at the end of one session just before rolling initiative, and half the party were not present. They were being backed up by some NPC armsmen as I knew combat was coming and I didn’t want any players to sit out of dice rolling, so it was a perfect opportunity to assemble a few navybois for the upcoming session.

I’ve made a few different armsmen and House Guard in the past for different Dynasties – the Serafin House Guard are well-equipped, well-trained nobleborn soldiers with a stick up their ass, and the Zini armsmen are renegades with cobbled-together void suits. When those games fizzled out the models were repurposed as NPCs, so I needed something with a different flavour for the Orthesian Dynasty.

With the Captain being ex-Navy, the Orthesian Dynasty is laced with Imperial Navy traditions and carry-overs, and this was a perfect time to build some naval armsmen as the God Emperor intended.

I wanted them to look roughshod and beaten up, vaguely uniform as though they had been given their equipment but expected to upkeep it themselves. I wanted a very traditional armsmen look – literal Men-at-Arms IN SPAAAACE – which meant hunting around for the right bits. 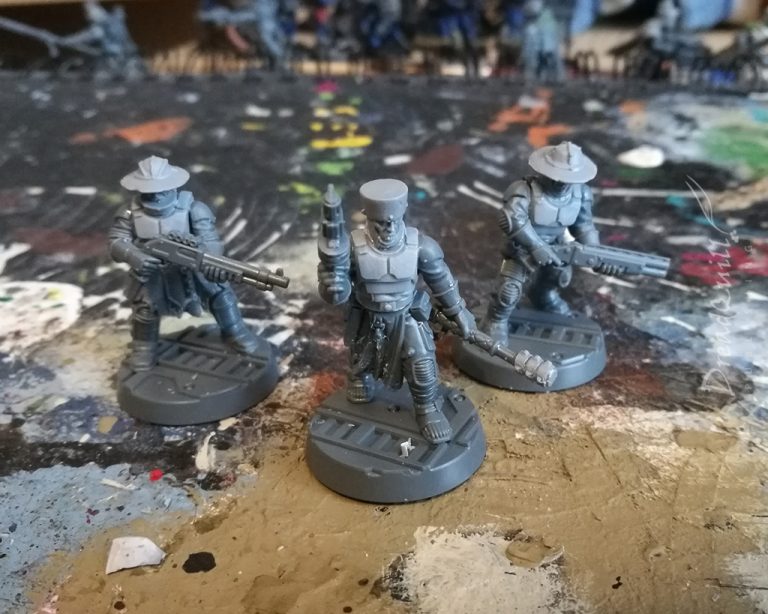 I picked up a Bretonnian Men-at-Arms kit last year with the express plan of doing something cool with them. 40k lends itself to weird mashups of archaic and futuristic, and the Bretonnian heads and bodies were the perfect combination of detailed and ancient. I had dry fit the heads to a few different bodies over the months but I was uninspired by any of the combinations, so the projects kept getting shelved.

It wasn’t until I joined the INQ28 group on Facebook that I realised the versatility of the Genestealer Neophytes set. A dangerous plan was formulating, and after picking up a box and dry-fitting combinations for HOURS, eventually decided on this combination.

The Neophyte legs needed a little bit of handy scalpel work to remove the Genestealer Cult icons and quite a lot of shaving down at the hip join so they would fit flush with the Cadian flak armoured torso.

Despite having so many different combinations of legs, bodies and arms, the Neophytes kit has slightly contoured edges where parts are supposed to fit together. It works fine for the kit, but for enterprising individuals who want to bash it together with some other plastic bits, it needs a little bit of work to make fit.

Shaving the Bretonnian heads down was agonising. Not because it was physically difficult – the plastic was actually much softer than modern sets – but spiritually taxing. They don’t make these any more so I can’t afford to make mistakes and ruin a piece!

Luckily the pieces came together better than I’d ever imagined. I had to stop myself from building another half a dozen, knowing I could easily do it, but I have to limit myself on the number of new models I can build until I finish painting some previous unfinished projects.

The whole combination worked brilliantly, and giving them a quick undercoat pulled the whole model together. Unfortunately, the easy bit was now finished.

I knew what I wanted them to look like, but I didn’t quite know how I wanted to do it. I had a very strong, vague image in my head – a cross of Alien-style space suit and medieval men-at-arms, displaying their allegiances to their lord in any way they can afford to. These would not be wealthy individuals, but be given decent arms and armour to carry out their job of policing the ship and performing boarding actions.

I went through a few different colour scheme ideas, and was one of the rare occasions I had to bust out the drawing tablet and sketch some ideas before committing them to paint.

Luckily I had some colours to work with – dark grey and dark blue were Navy standard colours, but I also had pastel blue, orange and white as part of the Dynasty heraldry. My spot colours were chosen for me, I just needed to work out how to implement them.

You can see from the image above how I reworked the colour scheme until I got something I liked the look of. I actually started painting after number 5, as I was pretty convinced those were the colours I wanted. It wasn’t until I started putting paint on the model I realised I didn’t like the blue for the armour, and the tabard/waist cloth didn’t match the material of the gloves. I was also scratching me head about how to do the various wrappings, armbands and bindings that covered the other models. The neophytes kit is great because it’s so varied, which is a problem when trying to create a uniform colour scheme.

It was then it dawned on me – flags! These guys would do anything to show their allegiance to their Dynasty and their home, so tattered bits of heraldry here and there were perfect. I also remembered a reference from an old Kal Jericho comic about gang brawls in the underhive – everyone fighting everyone looks totally the same except for the coloured armbands everyone wears. Made sense to me – you really want to be able to tell friend from foe in the dark, brutal meatgrinder of ship-to-ship combat, so you’d want to splash those colours across you wherever you could!

And so it came together, part planning and part luck. I couldn’t be more happy with how they’d come out, and I’m doing everything in my power to avoid building more of them. Maybe one with a lascutter for opening sealed doors? Ooh! I need a few guys with boarding shields obviously. Perhaps some with demolition charges, some more with melee weapons… 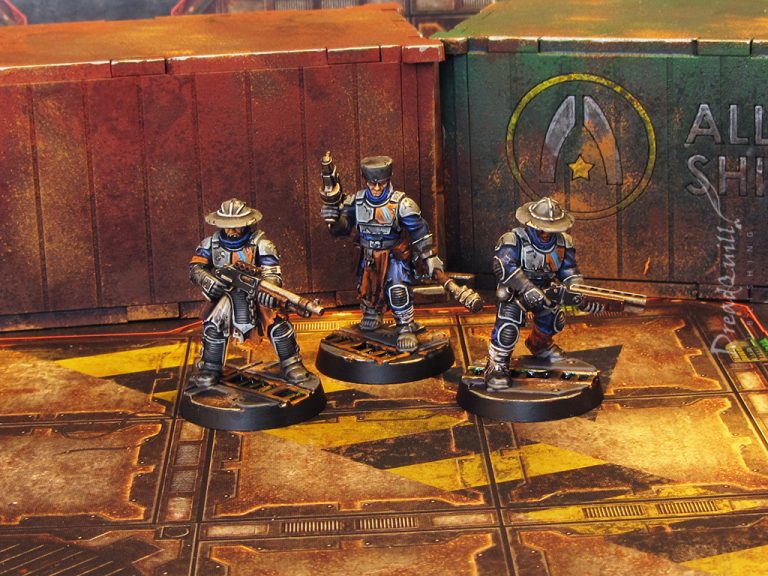 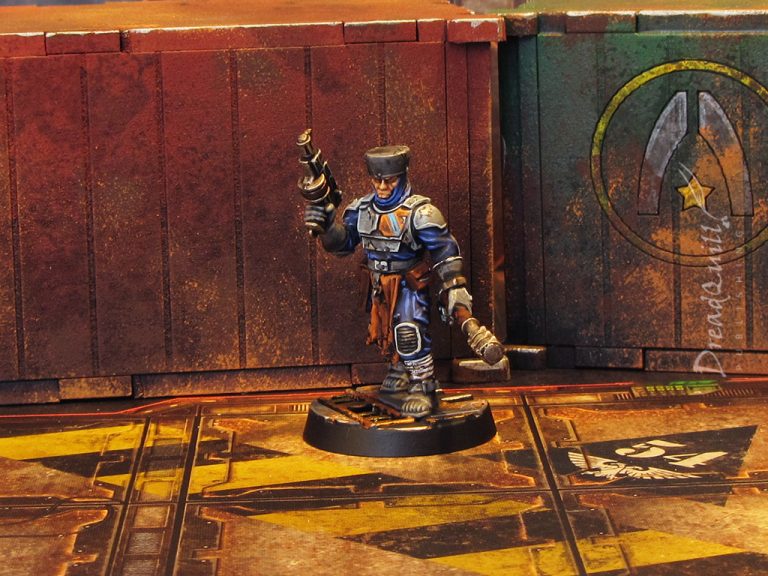 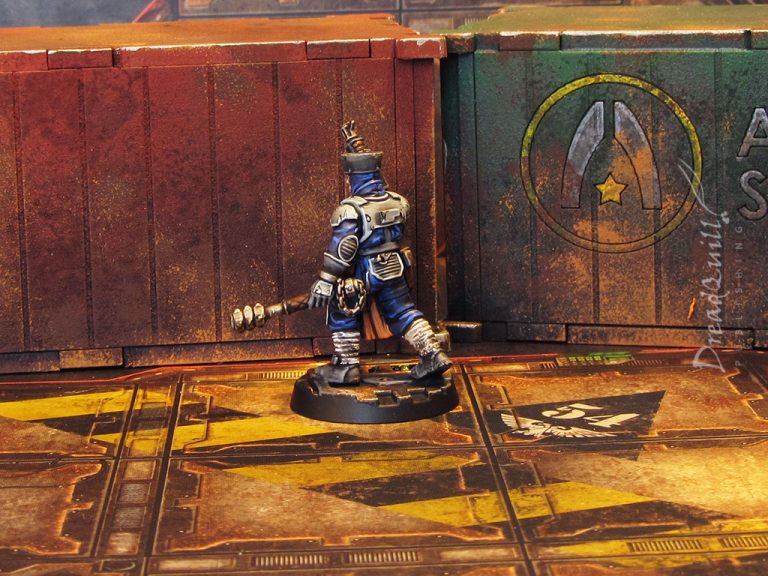 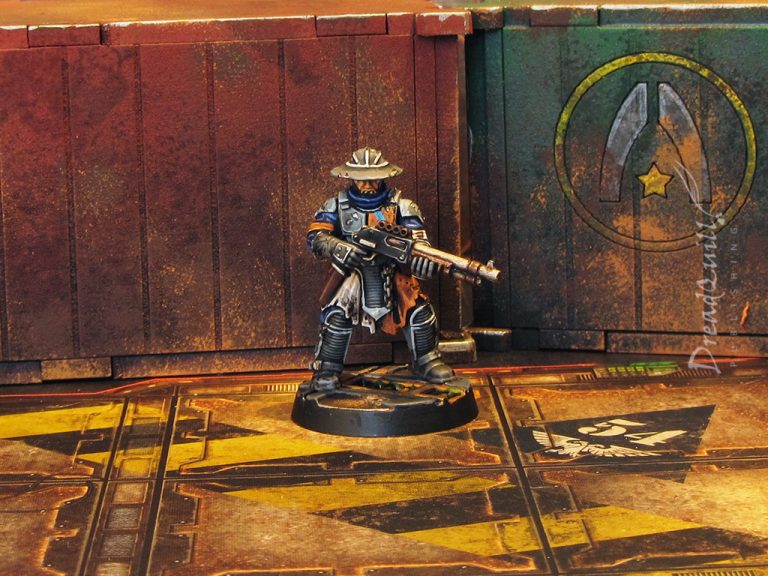 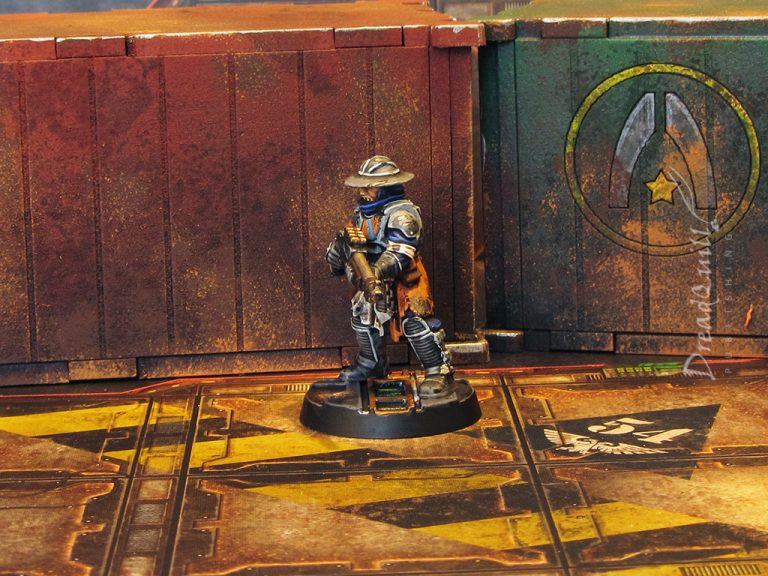 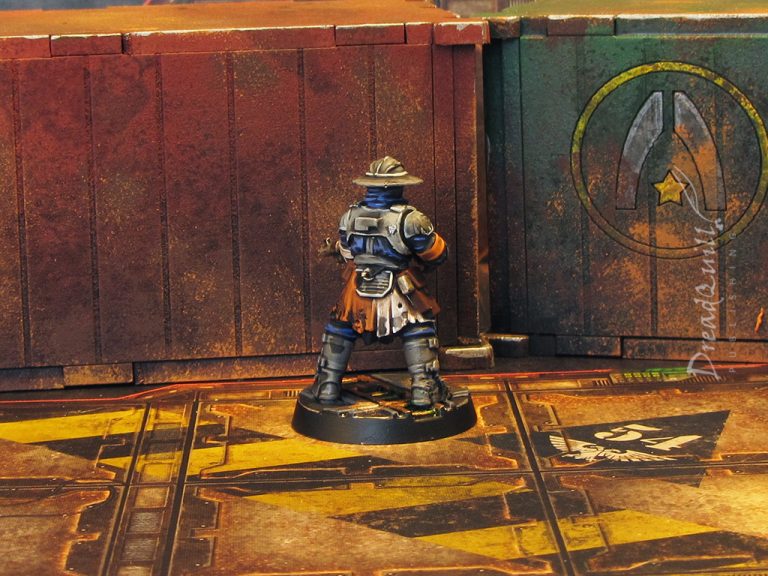 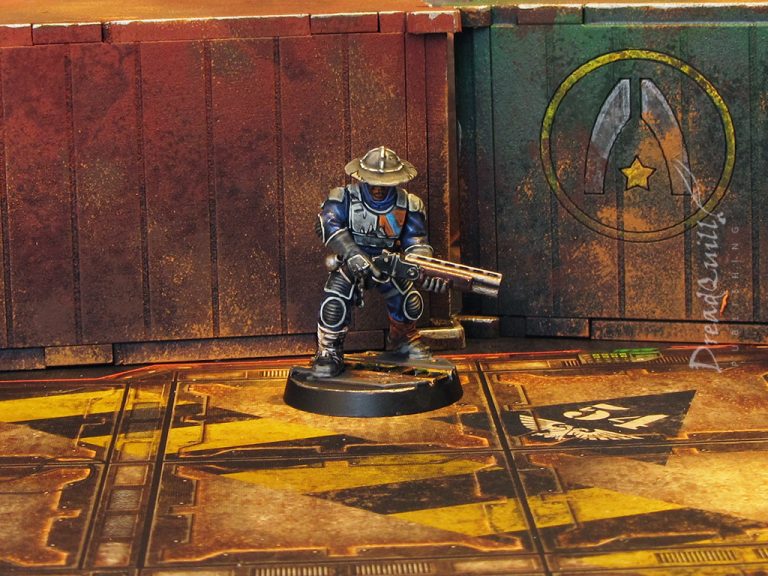 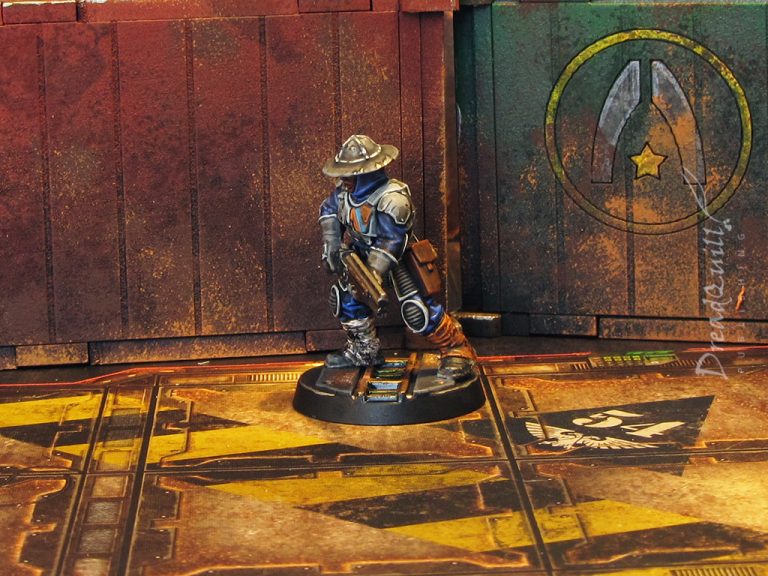 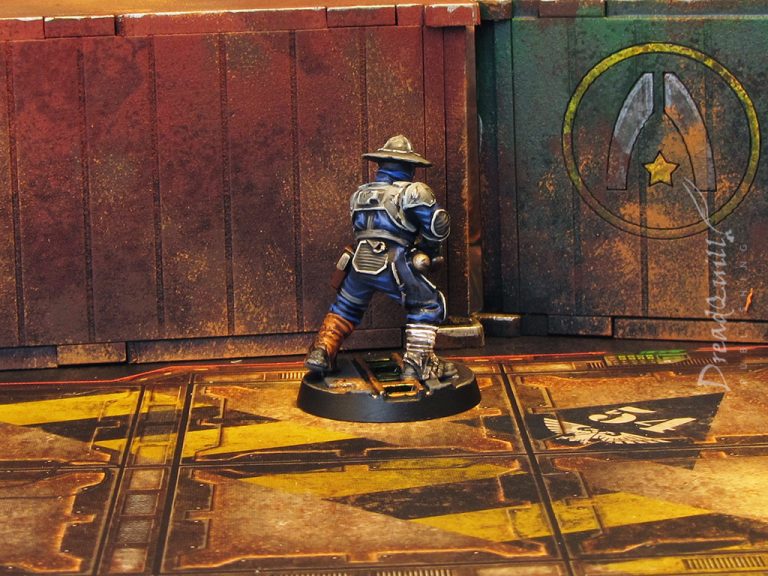 And one final one, because I couldn’t resist 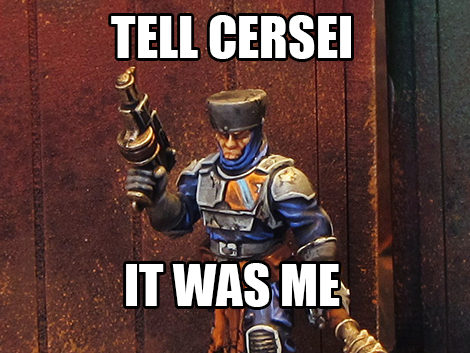